The first Trailer for the new Sailor Moon series came out this friday. The new series will appear on July 5 at 7:00 p.m. (6:00 a.m. ET) with new character designs and will be running for a span of 26 episodes.

For more information visit their officialsite

Source: [io9] [Anime News Network]
_________________
Everything we do has a purpose whether good or bad. Everything you do is for a motive a simple desire to get something that you want admit it where all selfish beings.

Spoiler:
I have lived in this cursed world never knowing if i am part of a writers story just going on with life as it is. We are unpredictable creatures never wanting to change our ideals unless put through a situation that changes us. I have seen the hatred of man's kind in many different ways never knowing what the future holds, many situations changing my life sadness happiness victory a lot of things may be changed by a writer who may or may not exist changing whatever he wants as he pleased and anime has opened my eyes to show me all of it. Humans are not meant to play God for they eventually abused the power they have like any of us would for we are despicable. 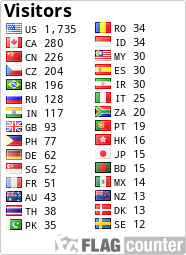